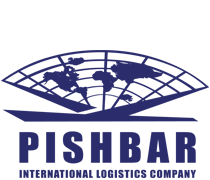 Pishbar Company as a logistics company has established in 1970 and started its activity in commenced work in the field of Export, Import and Transit of goods.

The Mass volume of goods has been shipped through the company to major destinations all over the globe from Iran.

We have offices in all  South and North ports of Iran borders between neighbor countries for road and rail connections.

After the separation of the Soviet Union, this company becomes one of the first active companies in the field of transit of goods and equipment to CIS countries and is being continued.

Pishbar Group runs sister companies and agents in all CIS countries in Turkmenistan, Uzbekistan and Kazakhstan.